Hurricane Earl rushed across Belize the other day, leaving behind a swath of destruction, but for all its fury it paled by comparison with many of its more powerful predecessors.

In the 60s, Hurricane Hattie devastated parts of Belize City. It wasn’t the first hurricane to assault the then capital of Belize but it was enough to make it clear that the capital had to be moved inland to Belmopan where it now rests.

Hurricane Hattie also separated the island of Caye Caulker into two parts, the village of Caye Caulker  and the land to the north. That separation became known as “the split” and it is often referenced when talking about Caye Caulker.

In the early 2000s, Hurricane Iris flattened the village of Placencia in the south of Belize, leaving behind such devastation that the entire town had to be rebuilt.

From what I have read and heard from friends in Belize, Hurricane Earl was strong but not deadly. Hurricane-savvy Belizeans are already picking up the pieces and cleaning up the mess that Earl left behind.

Following is a photo montage with pictures from San Ignacio, Hopkins Village, Caye Caulker and San Pedro on Ambergris Caye. 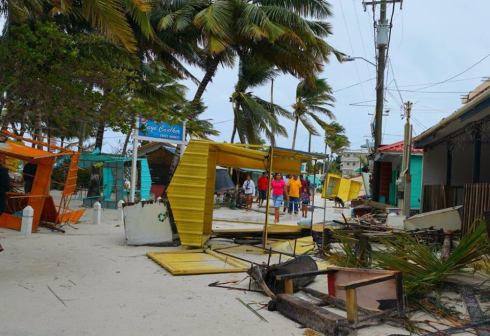 Damage on the coast of the Caribbean

Oh my, that’s the main drag 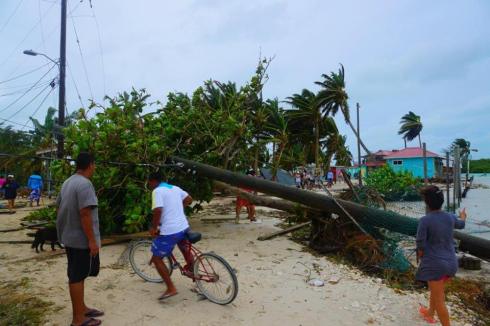 Someone get a chain saw, quick

Join us at Chez Belize where it’s always calm

Enjoy a treat at your leisure

Click on the link below to whisk you there

I have vacationed in Belize for more than 13 years and have come to love this country. I have traveled up and down and all around, and have a lot of information that might help you on your travels. END_OF_DOCUMENT_TOKEN_TO_BE_REPLACED
This entry was posted on Sunday, August 7th, 2016 at 12:03 pm and posted in adventure, Travel. You can follow any responses to this entry through the RSS 2.0 feed.
« Belize Update : Another Look at Belize City
Belize Update /An Overview »