Belize is a small country, the smallest in Central America. It has a population of 400,000+ and you could drive across it from Mexico to Guatamala in 9 hours. It is bounded on the east by Mexico, on the north and the west by Guatamala and on the south coast by the Caribbean Sea. 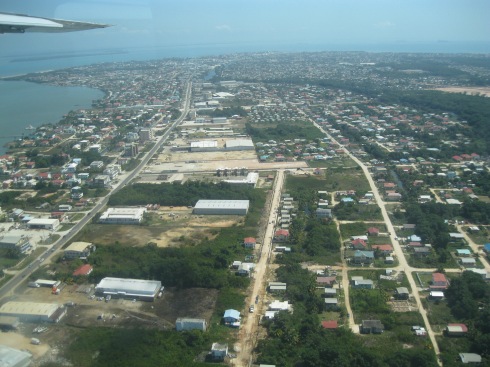 Belize City, coming in for a landing

What do you get in such a small package?

You get a people with a diverse mix of ancestries and skin-colours ranging from black to shades of brown to yellow to white. English is the official language and the language of instruction in the schools, but Spanish is almost universal followed by Kriole, Mayan, Garifuna , Mestizo, Chinese and Old German. But not to worry. English will get you anywhere or anything. 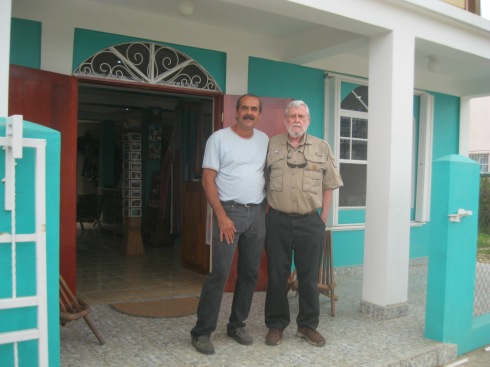 With a friend in San Ignacio in the rain forest

You get flat lands, rain forests, mountains, waterfalls and seashores.

You get two cities: Belize City, pop. 80,000, and Belmopan, the new capital of Belize where the Parliament was moved inland years ago away from the threat of another hurricane that would again blow down and wash away much of Belize City, the original capital. 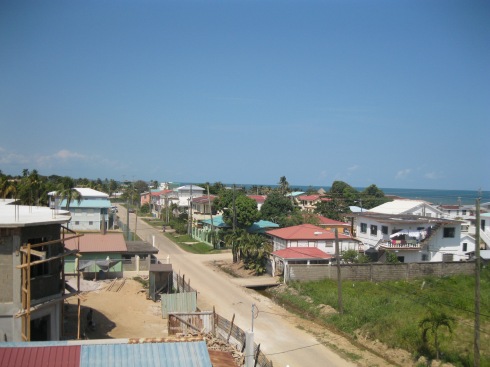 You get about 9 towns spread across 5 Districts (the same as a Province or a State) and hundreds of villages, most everyone dominated by one or more Christian churches of one or more denominations. 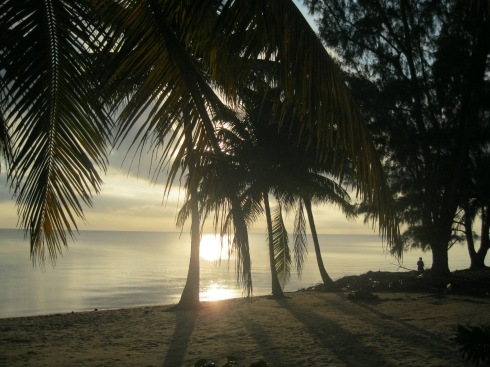 And you get the Caribbean Sea lapping the southern coast of Belize, home to hundreds of cayes (small islands) prime amongst them Caye Caulker and the much larger Ambergris Caye that boasts the town of San Pedro.

Belize is diverse, yet magically manageable. 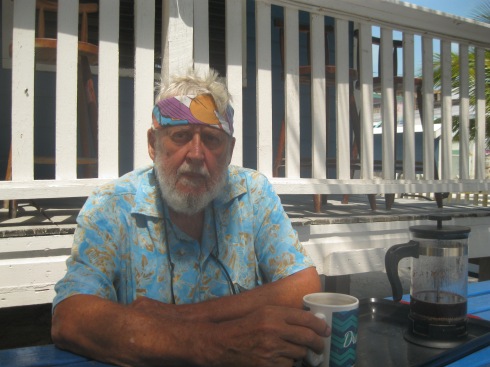 Drinking coffee on Caye Caulker, an island off the coast of Belize

Check out the Menu at the Chez Belize, the virtual café and restaurant created by briansbelize.com. In the menu you will find every post presented as a food dish, some appetizers, some mains, and some desserts.

click on the link  above to visit Chez Belize

Whet your travel appetite and come back often for more.

I have vacationed in Belize for more than 13 years and have come to love this country. I have traveled up and down and all around, and have a lot of information that might help you on your travels. END_OF_DOCUMENT_TOKEN_TO_BE_REPLACED
This entry was posted on Monday, July 4th, 2016 at 1:00 pm and posted in adventure, Travel. You can follow any responses to this entry through the RSS 2.0 feed.
« Belize Update #2
Belize Update : Another Look at Belize City »